Exploring Health Insurance Coverage in the North Central Region at the Intersection of Location, Employment, Gender, Race, and Ethnicity

Posted on December 5th, 2022 in NCR-Stat, Story Behind The Numbers 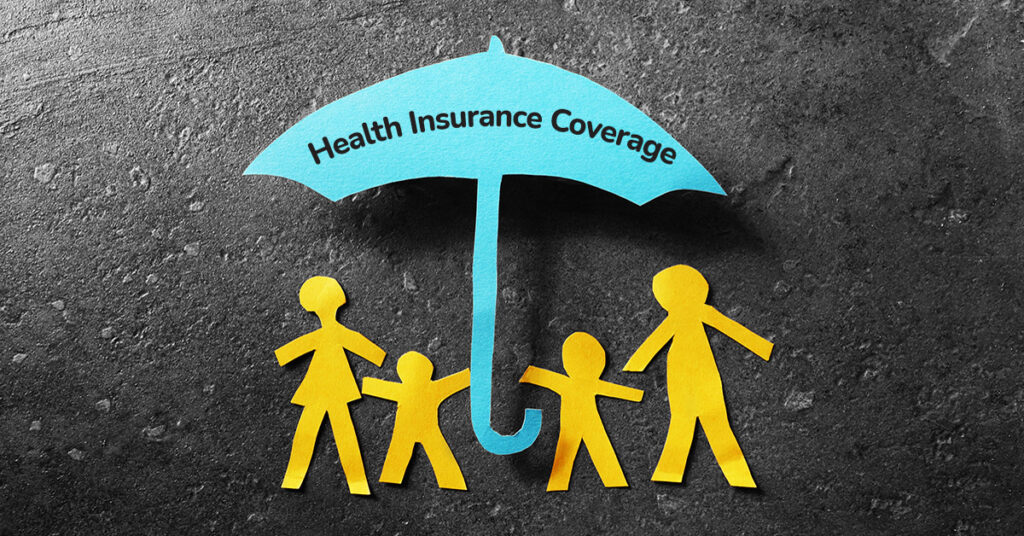 The 2022 NCR-Stat: Baseline Survey measured whether individuals had health insurance along with other variables such as employment status, gender, race, ethnicity, and location. A recent study by Dobis and Todd (2022) found that health insurance rates varied more widely among age categories and employment status than rural/urban status; our analysis concurred. Analysis of the dataset found that percentage of populations with health insurance varied by state in the North Central Region, employment status, and race/ethnicity. There are minimal differences in health insurance coverage between genders or by rural/urban location. Research by Turrini et al. (2021) found that the American Rescue Plan (ARP) made healthcare insurance more affordable to Marketplace consumers in rural locations in the United States. Even with the affordability issue somewhat mediated by the ARP, many rural residents still struggle with lack of providers in their area, the distance that they must travel to a provider (Turrini et al., 2021), and also face telehealth limitations due to broadband cost and availability.

Analysis of the American Community Survey (2019) found that one in every six rural adults (ages 19-64) was uninsured. Exploring health insurance status in general (e.g., whether an individual is insured or uninsured), Figure 1 shows the rates of insurance by state were relatively high. For example, all 12 states in the North Central Region (NCR) had a rate of health insurance among respondents that was 87% or higher, with the lowest rate occurring in Kansas at 87% and the highest rate occurring in Iowa at 98%. Respondents with insurance could have private insurance through an employer or purchased directly from an insurance company (through themselves or a family member), Medicare, Medicaid or other government coverage, TRICARE or other military health care, Veteran Affair health care, Indian Health Service, or other health insurance.

Figure 1. Percentage of Respondents with Health Insurance by State in the North Central Region 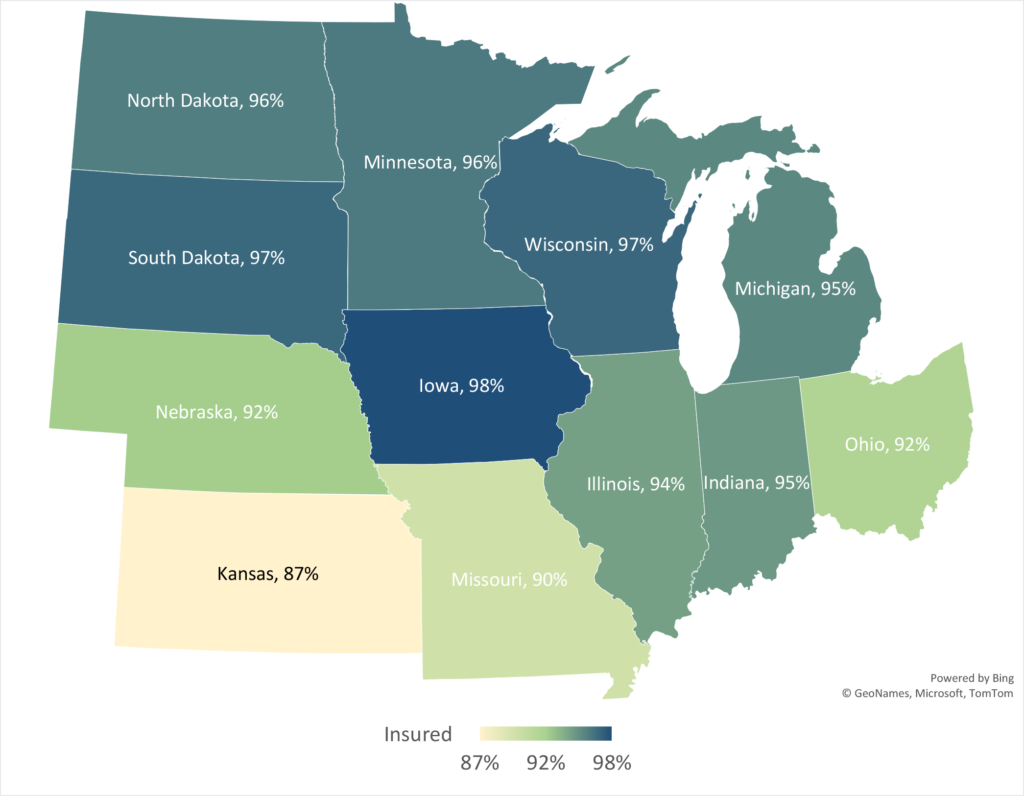 Table 1. Percentage of respondents per rural or urban category who have health insurance

Figure 2. Percentage of Rural and Urban Respondents with Health Insurance by Employment Type 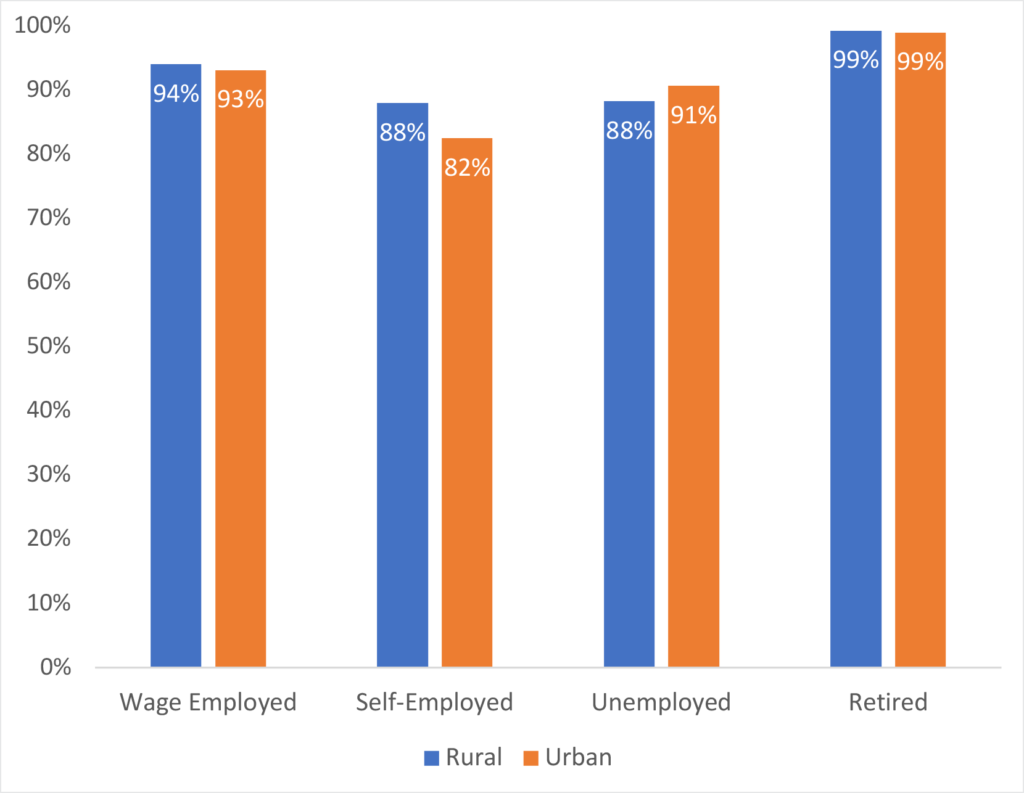 Figure 3. Percentage of Rural/Urban Respondents with Health Insurance by Home-Based and Family Businesses 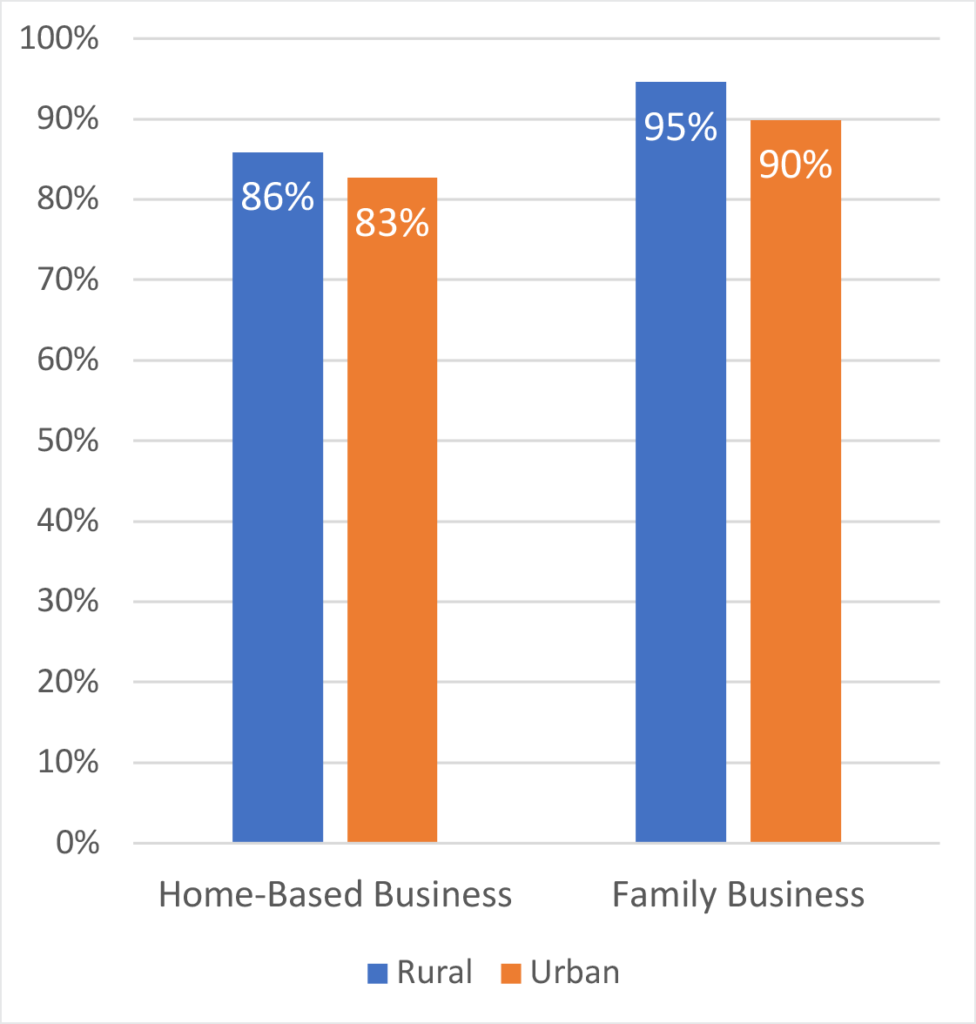 Health insurance coverage was also explored at the intersection of rural and urban location and demographic characteristics such as gender, race, and ethnicity. Rural and urban men and women had similar rates of health insurance status, with 94% of rural women and 93% of urban women having coverage (Figure 4). Among men, 96% of the rural men and 94% of the urban men had insurance coverage.

Figure 4. Percentage of Respondents with Health Insurance by Gender and Rural/Urban Designation 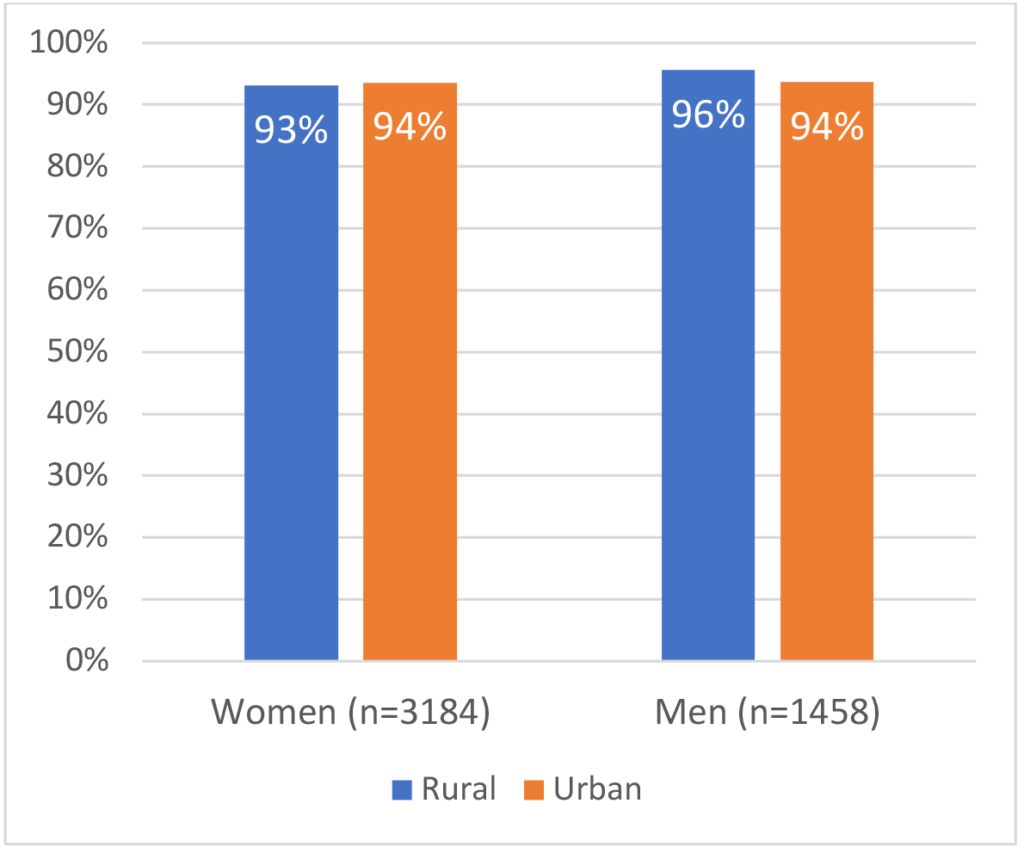 Figure 5. Percentage of Respondents with Health Insurance by Race, Ethnicity, and Rural/Urban Designation 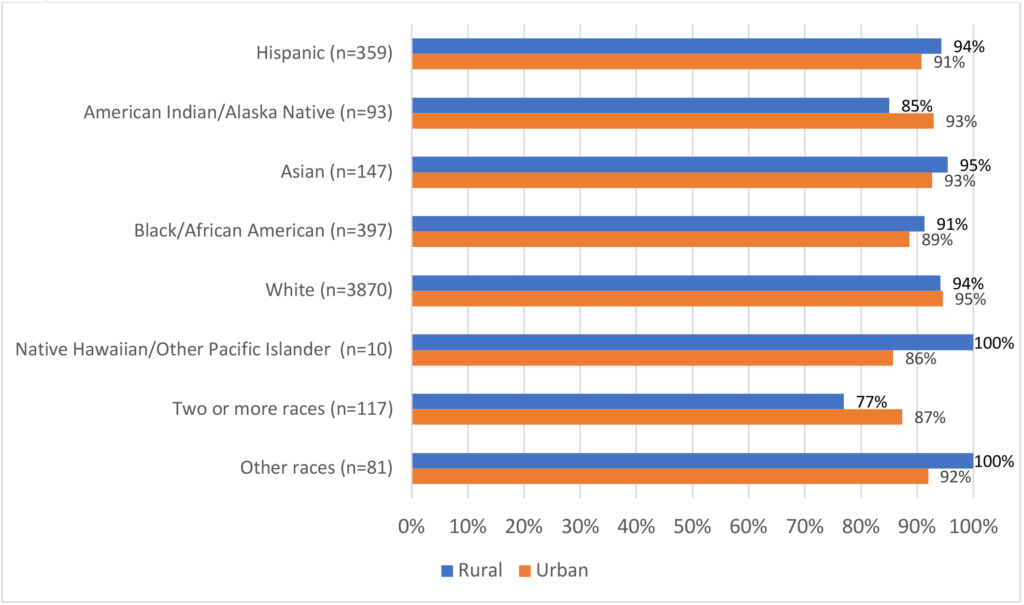 Renee D. Wiatt is a Research and Extension Specialist with NCRCRD.