Posted on November 4th, 2022 in NCR-Stat, Story Behind The Numbers 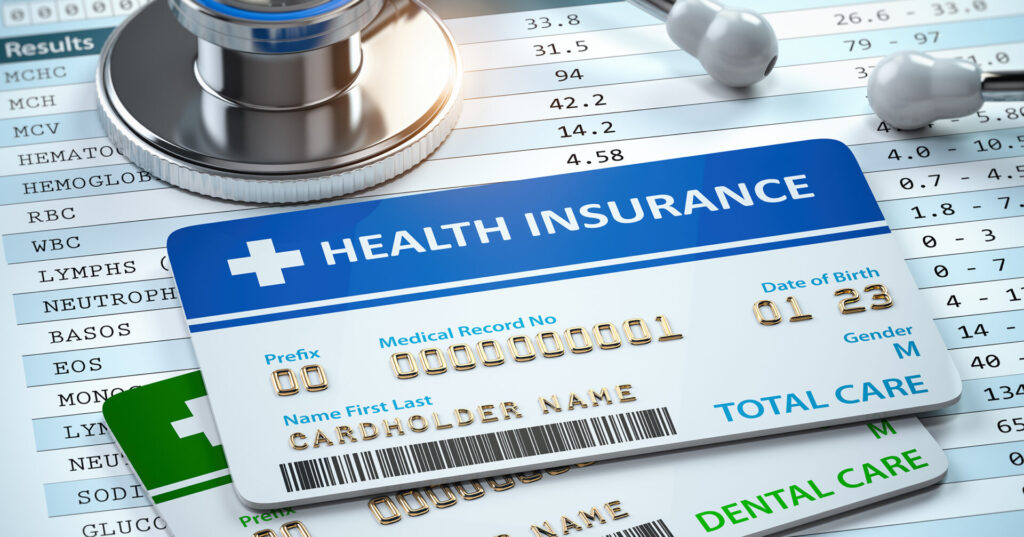 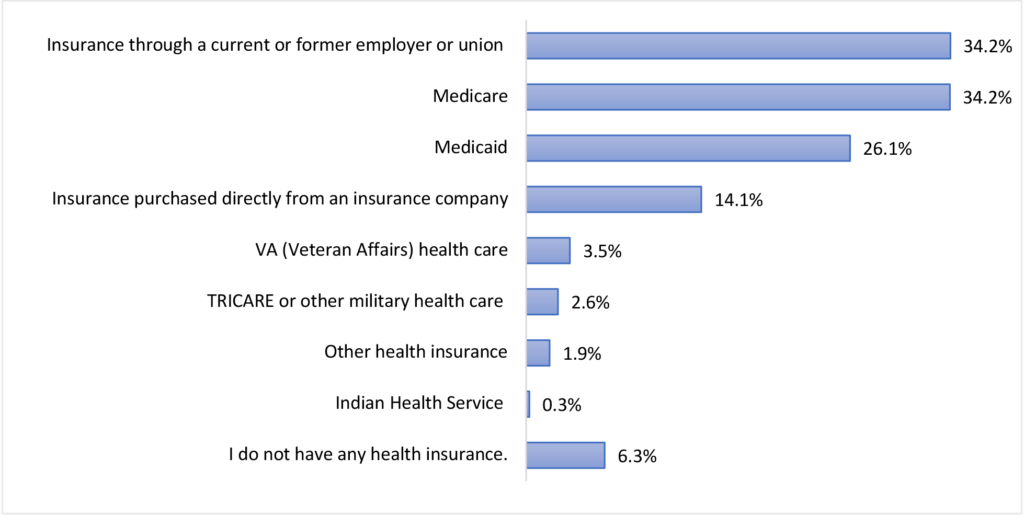 According to the U.S. Census Bureau, demographic, economic, political, and other factors affect health insurance coverage at the state level.[1] Various factors and their distribution also impact our sample’s health insurance and health coverage plans in rural and urban areas and across NCR states. These factors involve, among others, differences in age structure and gender distribution, regional distribution of large employers, and income disparities.

Table 1. Health insurance and health coverage plans of households by the state in the North Central Region 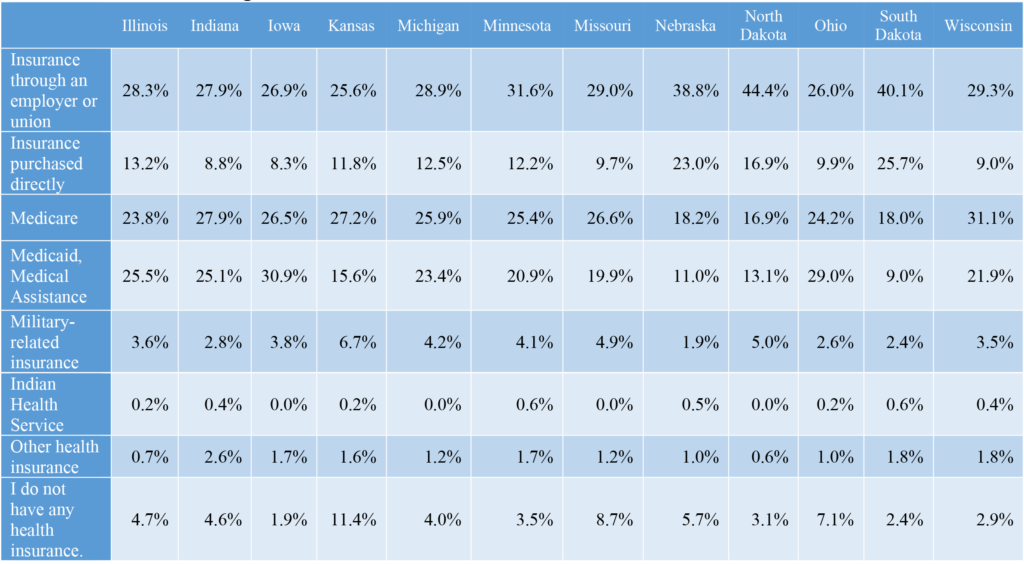 Based on the U.S. Census Bureau data, the Midwest has a high proportion of counties with an uninsured rate of less than 10%.[2] Results of our survey show that at the state level, only one NCR state exceeded this rate. More than 11% of Kansas respondents stated they had no health insurance. Iowa and South Dakota have the lowest share of uninsured respondents.

The main difference between urban and rural areas in the NCR can be seen in the Medicaid health coverage plan (Figure 2). Twenty-four percent of respondents living in urban areas reported having Medicaid health coverage compared to 30.8% of rural respondents. The differences may highlight some challenges rural areas face, including higher poverty rates and a lower median income.[3] The lack of large employers and job opportunities in rural areas may also lead to a lower share of rural respondents insured through an employer than urban respondents. Uninsured rates for respondents in the urban and rural NCR are nearly the same and reach 6.4% and 6.2%, respectively. 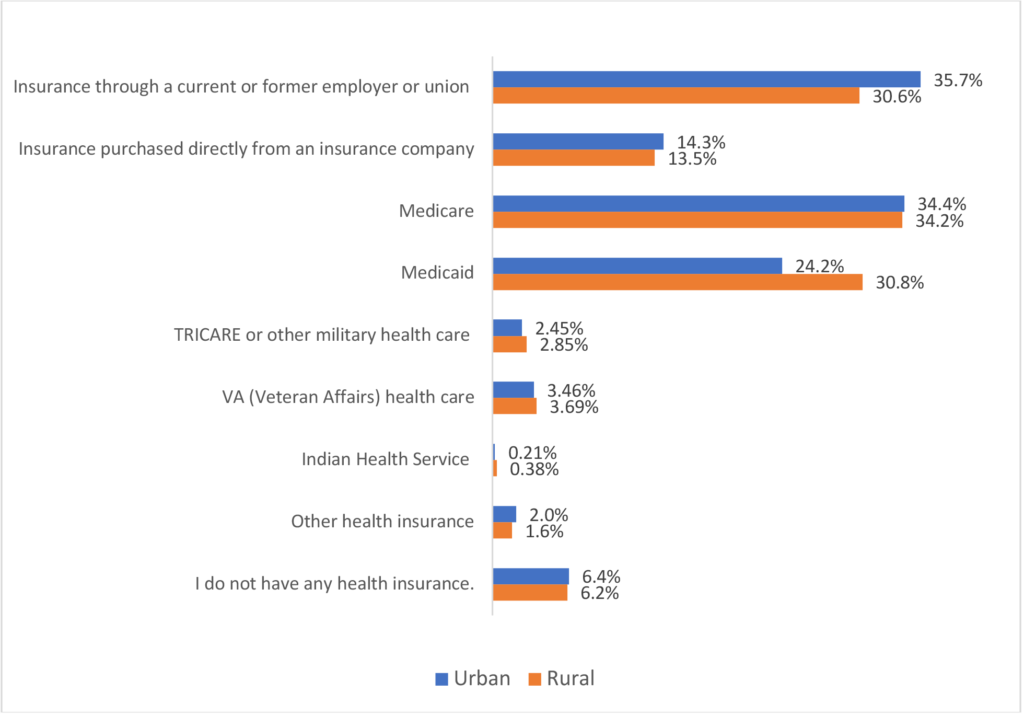 In contrast, more men (43.2%) than women (30%) in our sample receive coverage from Medicare which primarily benefits people 65 and older and people with disabilities. In the case of our sample, the difference might be caused by respondents’ age groups. The share of men 65 years and older is 40%, while the percentage of women 65 and older is 25.4%. Also, a higher proportion of men than women receive healthcare benefits as veterans through VA (Veteran Affairs) Healthcare. Women and men share similar uninsured rates. 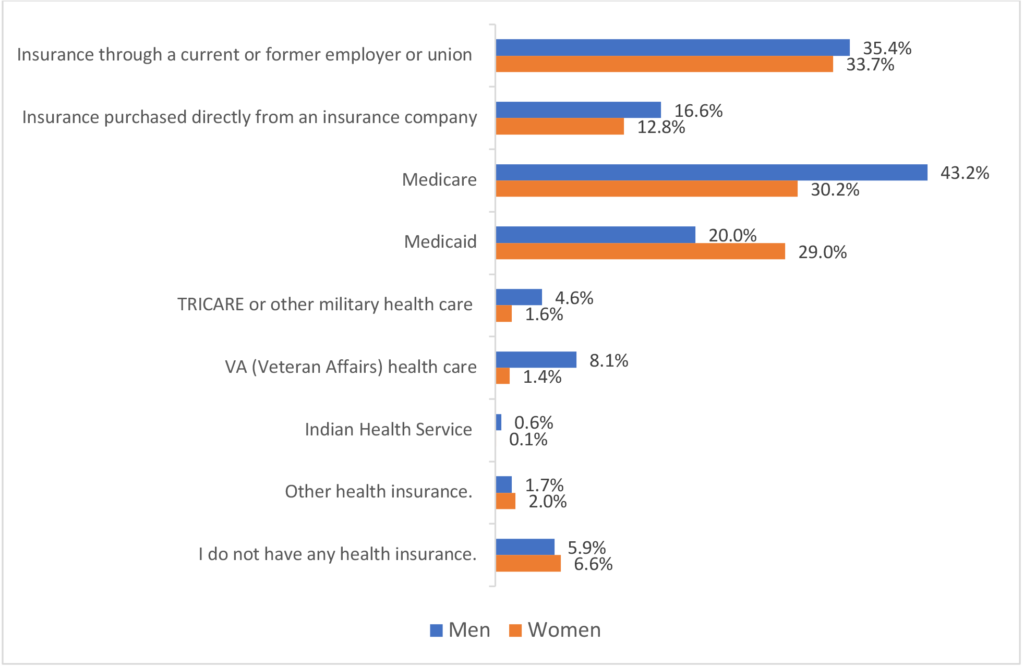 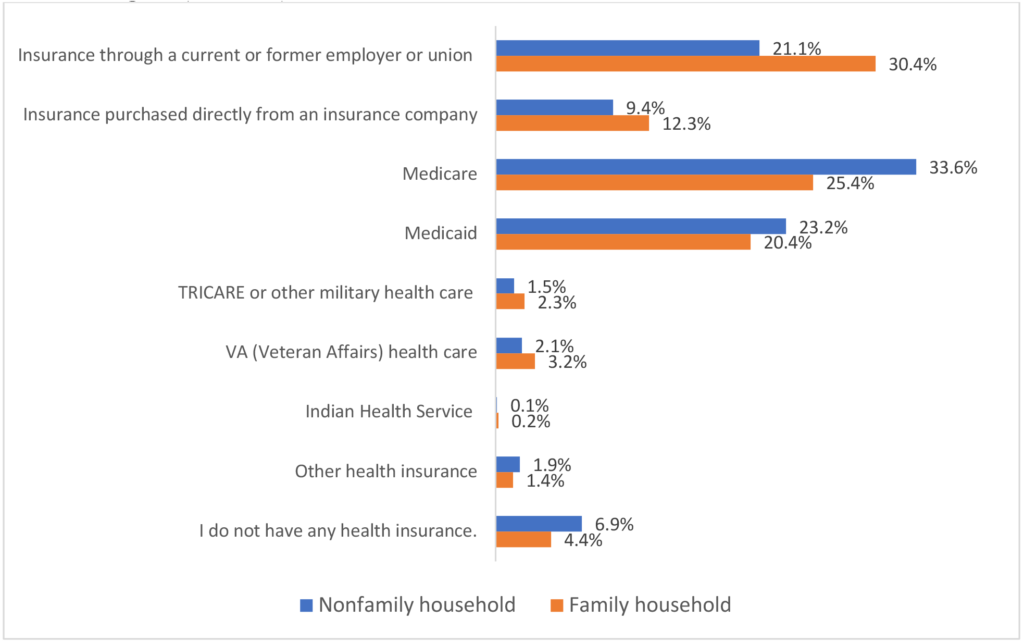 Join us for the next NCRCRD Webinar on January 25, 2023: Extending the Tent: NCRAN’s Focus on Aging in the 2020s.
See Upcoming Webinars
Our Regional Data Resources encompass resources at national, regional, and state levels.
View Resources
Sign up for the NCRCRD e-newsletter to stay up-to-date on NCRCRD events, webinars, and news.
Sign up for email updates
×