People are moving away from homeownership 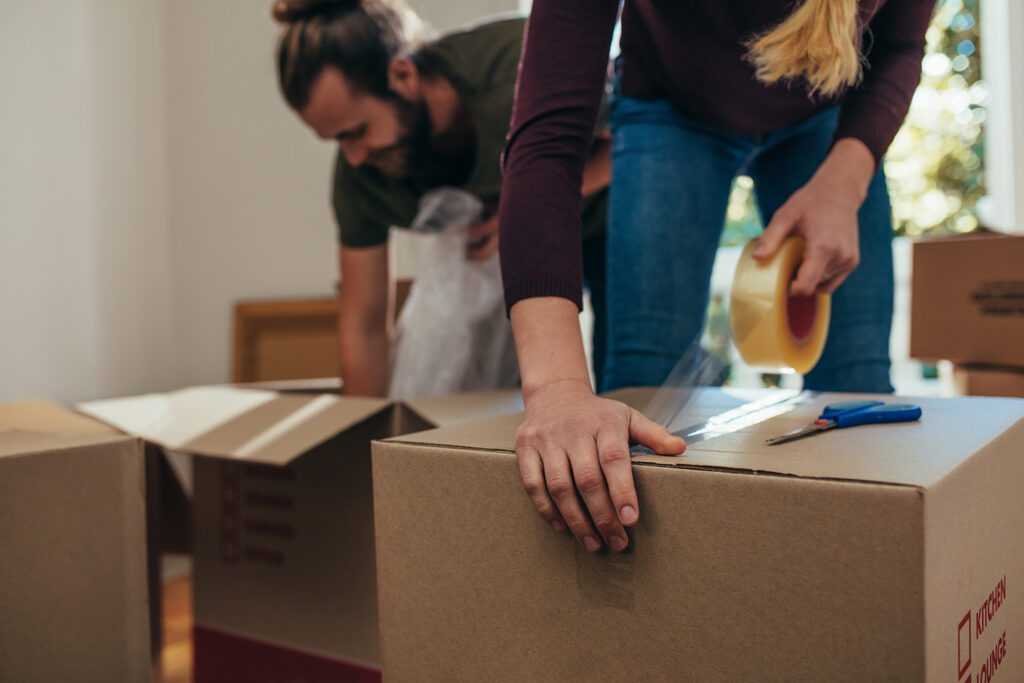 Home ownership has traditionally been a perception of prosperity and financial security in the United States. However, the share of owner-occupied housing units in the North Central Region (NCR) has constantly been decreasing since the last decennial census in 2010, following the national trend. The NCR’s current owner-occupied housing tenure rate is still around two-thirds of the population but is lower on average by 2.5% compared to 2010. The highest drop in home ownership between 2010 and 2020 was reported in North Dakota (4.1%) and Kansas (3.2%). The slightest difference was found in South Dakota (0.9%) (Figure 1). 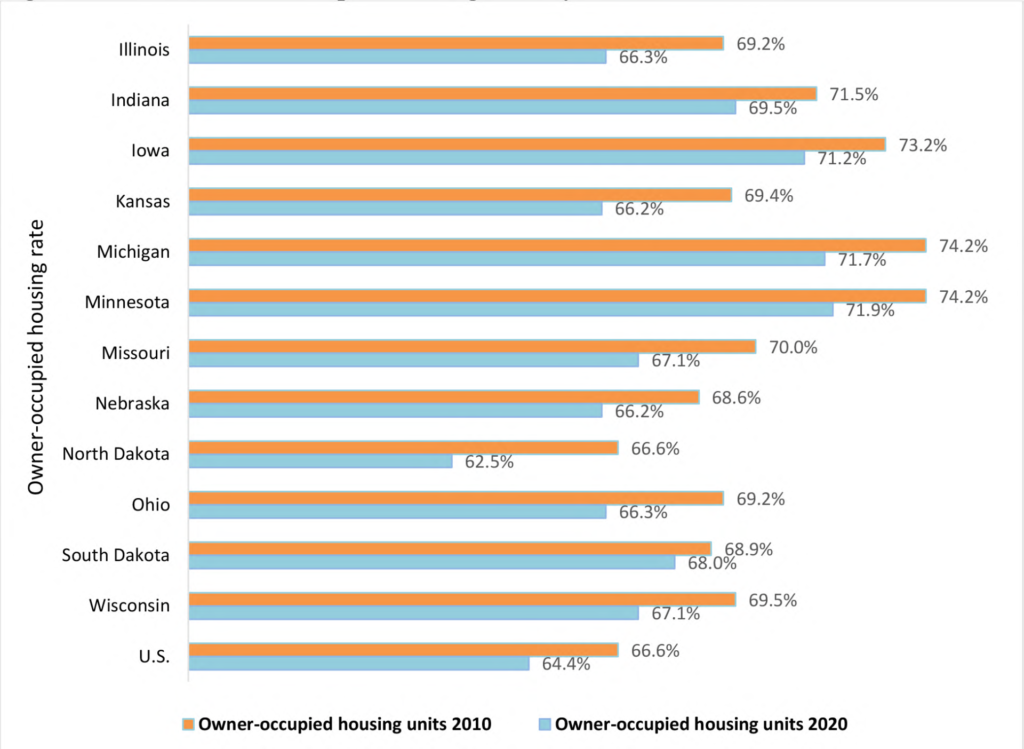 Rising housing prices discourage most first-time buyers and force them to move away from homeownership. The prices in NCR increased on average by 18.4% between 2010 and 2020, with significant differences between states. Table 1 shows that North Dakota experienced the highest median price increase (by 44.3%), followed by South Dakota (30%) and Nebraska (24.5%). The only state with a reverse trend is Illinois, where median home prices remained nearly the same.

Source: U.S. Census Bureau: 2006-2010 and 2016-2020 American Community Surveys 5-Year Estimates
*Note: 2010 prices are adjusted for inflation by a cumulative price increase of 34.5%, according to the Bureau of Labor Statistics consumer price.

The most striking changes in the rate and value of owner-occupied housing units may also be linked to the population changes in NCR. Illinois is the largest and only state in the NCR to have faced a population decline (due to domestic outmigration) of 0.1% between 2010 and 2020 and thus experienced a decrease in demand for housing. In contrast, North Dakota gained 15.8% more population compared to 2010, South Dakota 8.9%, and Nebraska 7.4%.[2] All three states gained their population through natural growth when the young American Indian population significantly contributed to this growth. The oil boom in North Dakota in the early 2010s attracted thousands of workers to the western part of the state. Oil workers moved to oil-rich counties from elsewhere, explaining net domestic migration in the state.[3] Population gain leads to a growing demand for housing and higher housing prices that many people cannot afford. 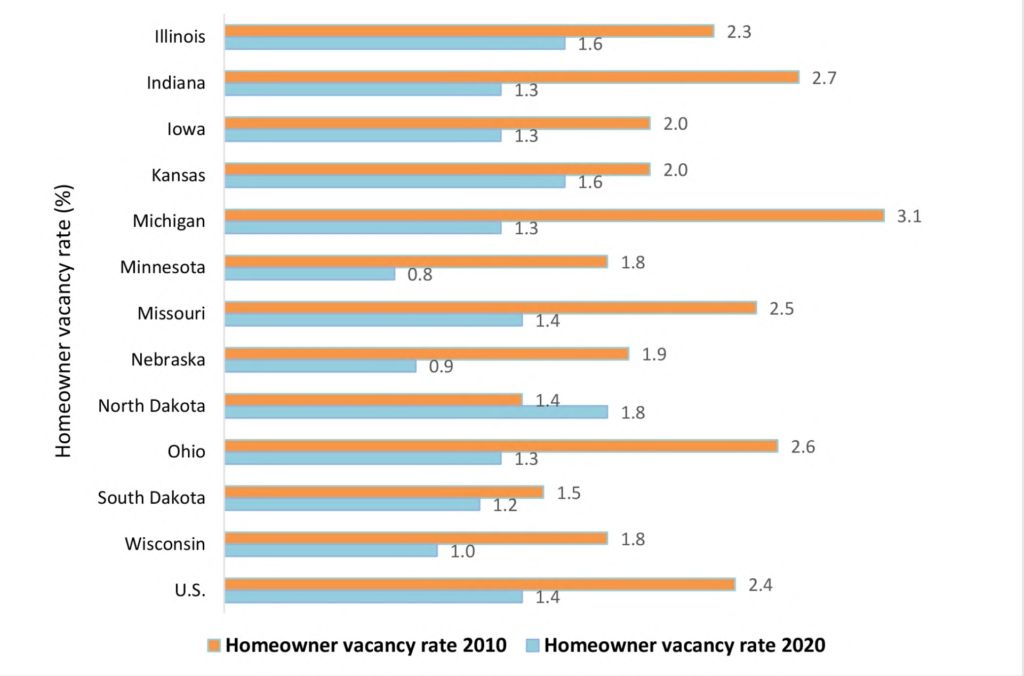 Two main aspects added to the historical decline in the homeowner vacancy rate. First, the vacancy rate decreased between 2010 and 2020 because the nation was recovering from the foreclosure crisis. Second, the housing market has become very tight during the COVID-19 pandemic indicating deficient housing availability.[5]  It is unclear what happens next as rising housing prices and mortgage interest rates contributed to housing challenges across the nation and NCR, especially for low- and moderate-income households, young families, and many Black and Latino or Hispanic families.[6]