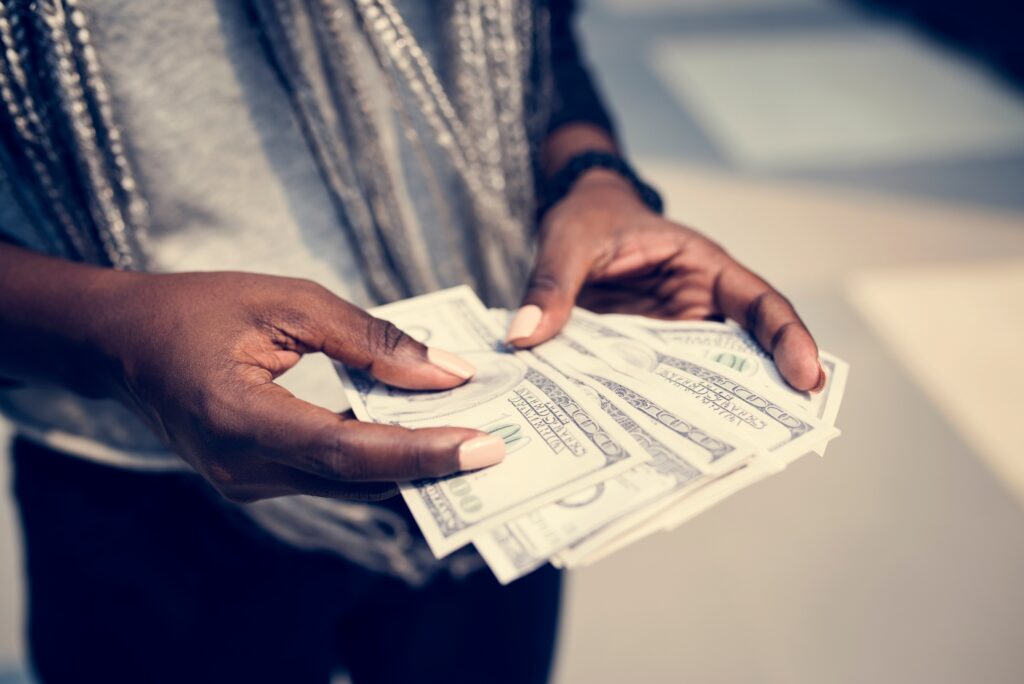 Every year, in February, America celebrates Black History Month to acknowledge the achievements of African Americans and their crucial role in U.S. history. In recognition of the Black population’s contributions to the nation, we dedicated this article to the economic progress that Black households in the U.S. and the Midwest have made in the last decade.

Figure 1 shows positive changes in the median household income of the Black population in 2019 (compared to 2010) but also more significant income gaps across racial and ethnic groups and NCR states. The NCR states with the highest median Black household income in 2019 include South Dakota ($52,246), Minnesota ($41,570), and Kansas ($40,818). 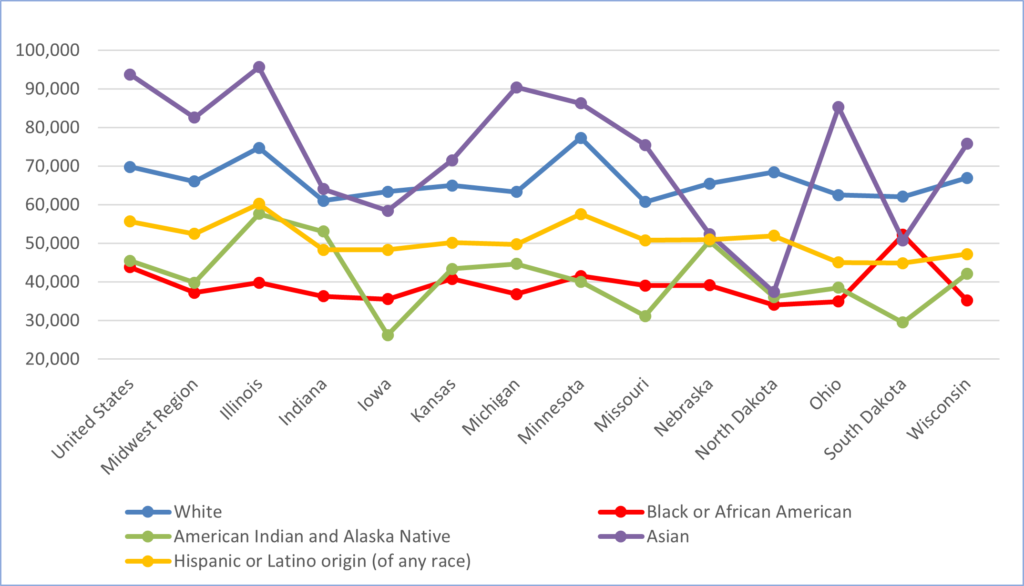 Median Black household income increased in all Midwest states (Table 1) between 2010 and 2019, ranging from 2.7% in Indiana and 3% in Illinois to 27.2% in South Dakota, 24.6% in Iowa, and 24.1% in Minnesota. Nevertheless, this trend is not typical for all racial and ethnic groups. American Indian and Alaska Native households in Iowa and Missouri and Asian households in North Dakota experienced a significant decrease in median household income. 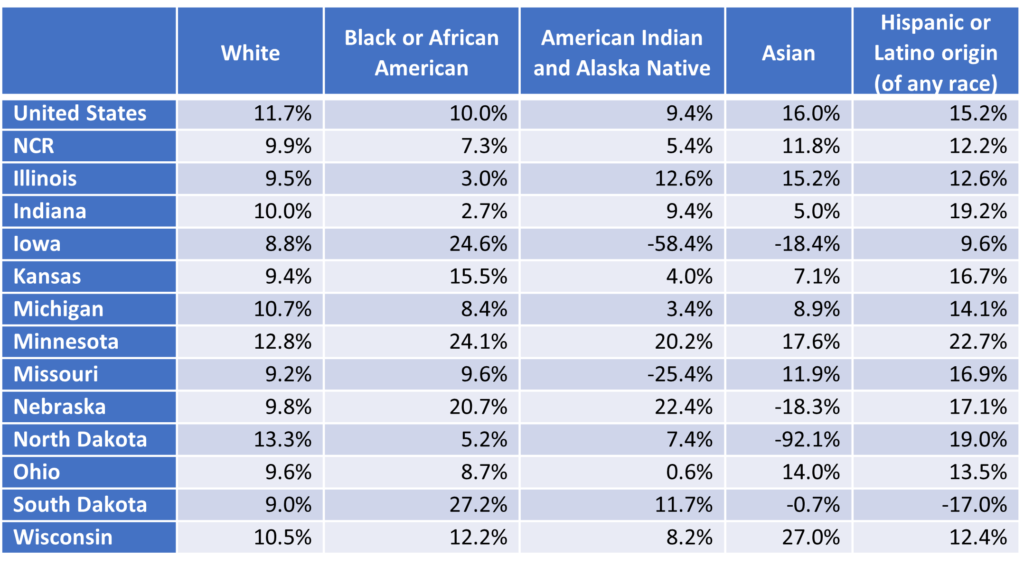 What is behind this progress in Black household income? There are many reasons, but one most probable factor is rising employment opportunities. A report released by Brookings Institution reveals that Black adults’ employment grew significantly in most metropolitan areas between 2013 and 2018, mainly in the West and South. In Midwest, two metro areas registered a strong increase in median Black household income: Chicago-Naperville-Elgin, IL-IN-WI, from $36,989 in 2013 to $41,181 in 2018, and Cincinnati, OH-KY-IN, from $30,944 to $37,333.[3]

However, the years of a COVID-19 pandemic negatively impacted Black household income and employment. In the U.S. Census Bureau Household Pulse Survey, the respondents across the nation indicated that they had experienced a 48.8% loss of employment income (for self or household members) between March 2020 and March 2021.[4]

The results of the Household Pulse Survey for NCR states are displayed in Figure 2. The share of Black respondents that experienced a loss of employment income between March 2020 and March 2021 varies by state and ranges from no one in South Dakota to 26.5% in Nebraska, 64.4% in Michigan, and 100% in North Dakota.

Figure 2. Percent of Black respondents that experienced a loss of employment income between March 2020 and March 2021 (for self or household member) 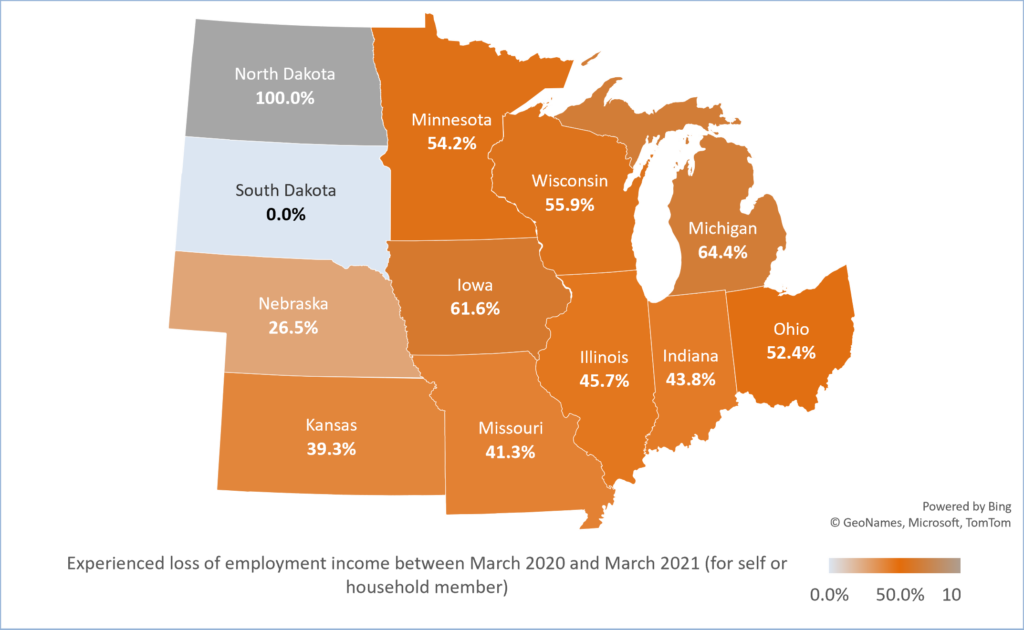 Join us on April 20 for our next webinar, "Remaining Land-Grant Fierce While Accepting the Land-Grab Truth of Our Foundation"
See Upcoming Webinars
Our Regional Data Resources encompass resources at national, regional, and state levels.
View Resources
Sign up for the NCRCRD e-newsletter and to stay updated on events, webinars and happenings at the NCRCRD.
Sign up for email updates
×