Official and Supplemental Poverty Measures in the Midwest

Posted on February 28th, 2022 in Story Behind The Numbers 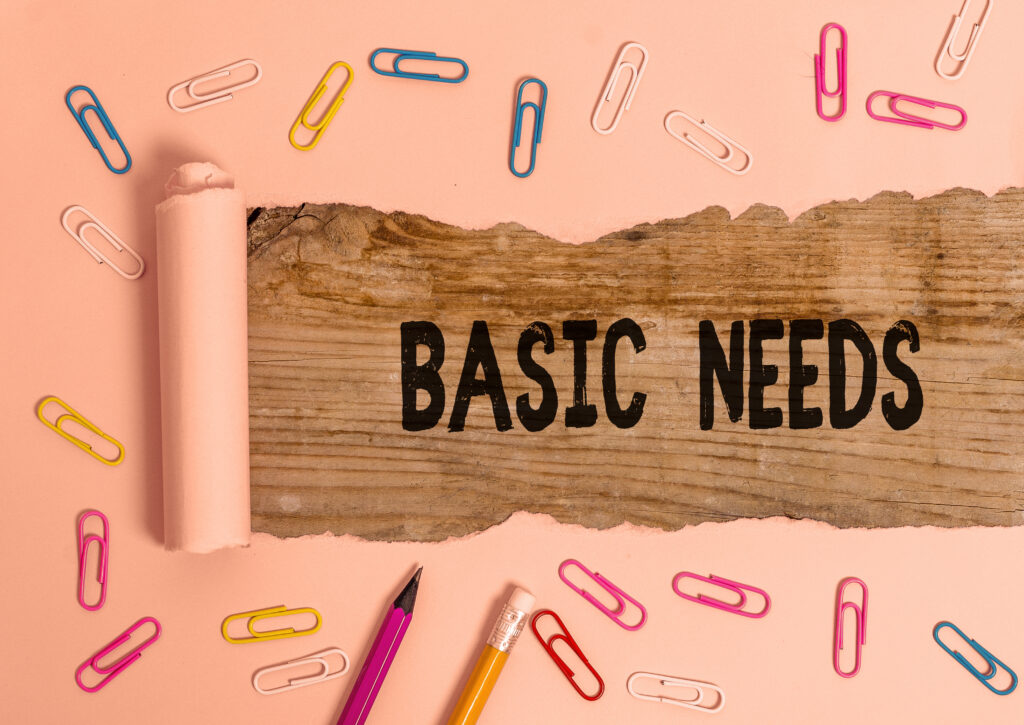 Measuring poverty and exploring ways to address it took the national stage in 1964 when the Johnson administration declared a “War on Poverty.” At that time, the Official Poverty Measure (OPM) was established by the Office of Management and Budget. The definition of the measure that is based on the pretax cash income of an individual or a family has stayed relatively static since it was first published in the mid-1960. In contrast, Supplemental Poverty Measure (SPM) was introduced in 2011 and was designed to capture cash and noncash sources and benefits and subtract expenses.[1]

As poverty measures have an important effect on government policies and programs, a comparison of these two different measures allows researchers, practitioners, and policymakers to consider their meaning and implications on policy and systems of support.

The research focused on differences between the SPM and OPM rates and conducted by Social Security Administration in 2015 indicates that poverty measured by SPM is lower among people under 18 years old and higher among people aged 65 and older. Moreover, children living outside Metropolitan Statistical Areas, those living in households without a mortgage, and those living in the Midwest experienced the most significant poverty decrease.[2]

Although uncommon, the SPM rates in 2020 were below the OPM rates. SPM included stimulus payments and therefore were at their lowest level since 2011.[3]

Stimulus payments are direct payments to the families provided by the U.S. government in response to COVID-19. Three stimulus checks have been paid since March 2020. The first two – Coronavirus Aid, Relief, and Economic Security Act; and additional stimulus check authorized in December 2020 affected the SPM rates in 2020. The third stimulus – American Rescue Plan Act, became available on March 2021 and will most likely influence SPM rates in 2021.

Stimulus payments lifted 11.2 million people out of poverty in the U.S. in 2020. The payments significantly reduced the proportion of children experiencing poverty; mainly Black child poverty decreased from 23.7% to 16.9%. However, the largest group of people lifted out of poverty were individuals between 18 and 64 years old.[4] The American Rescue Plan also provided state, local, territorial, and Tribal government funding. The resources enable state, local, and Tribal governments to invest in infrastructure (water, sewage, and broadband services), provide relief for homeowners, fund small business credit expansion initiatives, and extend employee retention efforts and unemployment compensation.[5]

Figure 2 compares an OPM and SPM by the Midwest states and in the U.S. The SPM was lower than the official measure in all Midwest states except Illinois (0.3%) and ranged from -3.1% (Ohio) to -0.9% (North Dakota). The SPM in Illinois was 0.3% higher than the official measure, which the U.S. Census Bureau does not consider statistically different.[6]

Figure 2. The difference in poverty rates by Midwest states using the Official and Supplemental Poverty Measures, the 3-year average of 2018 – 2020 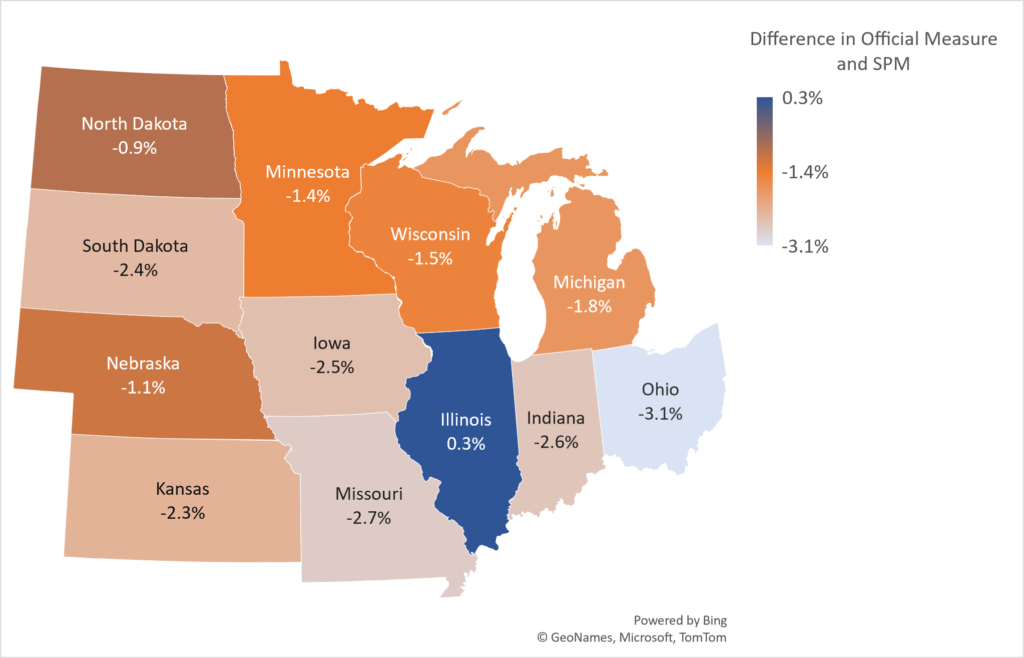