Posted on April 12th, 2021 in Story Behind The Numbers

According to the U.S. Census Bureau’s state and county population estimates released in December 2019, all states in North Central Region but Illinois (-1.2%) experienced a positive population change between 2010 and 2019 (Figure 1). The positive change ranges from 1% in Michigan and 13.3% in North Dakota. The population grew significantly also in South Dakota (8.7%) and Minnesota (6.3%). 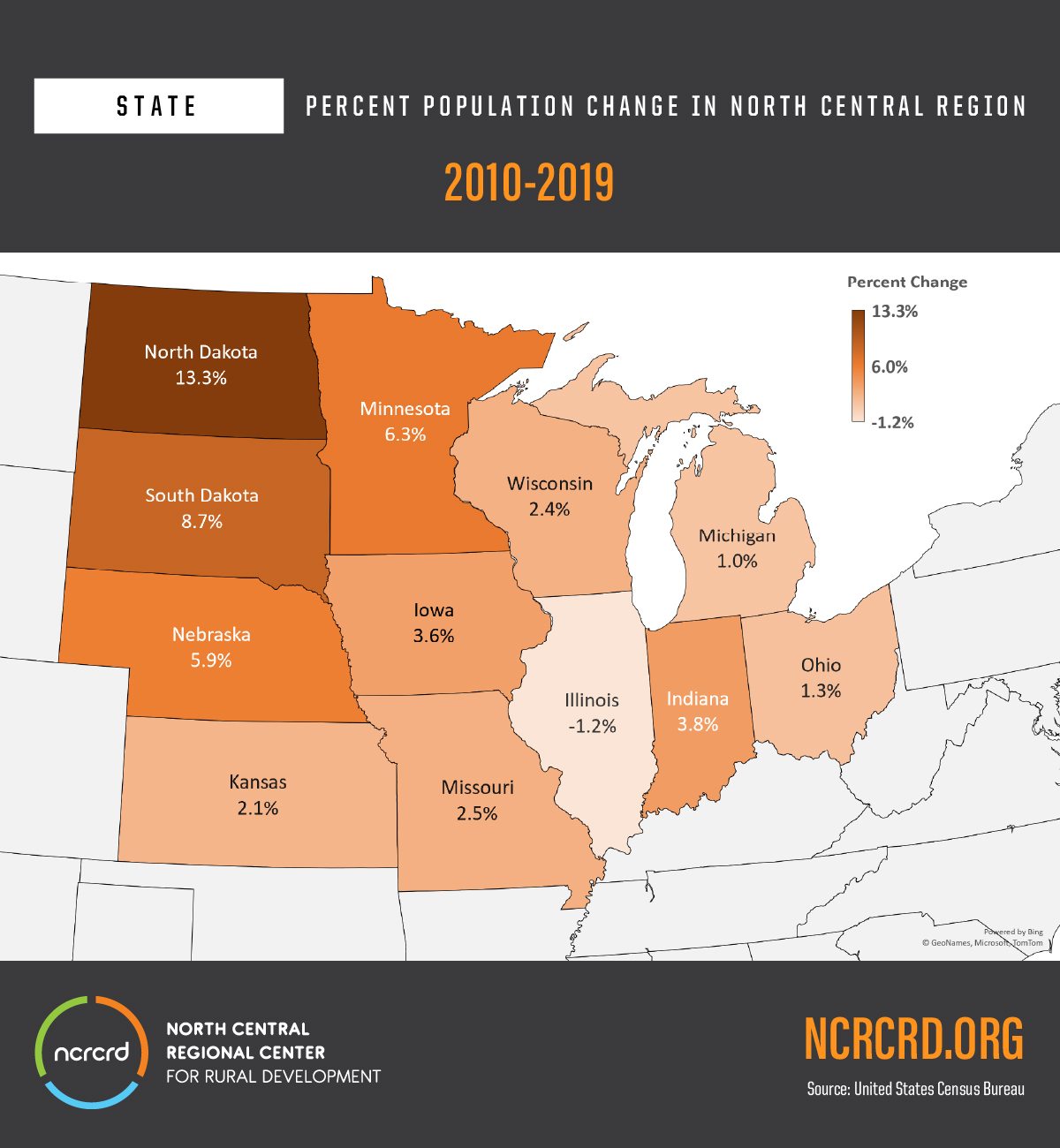 Population Growth in North Dakota between 2010 and 2019

North Dakota’s population decreased steadily since it reached a peak of 680,845 in 1930 until 2015. During that period of time, oil exploration and development led to a population increase in 1980, but as the first oil boom faded, the population declined again. The 2010 census showed another increase, also due to the oil and gas development.[2] 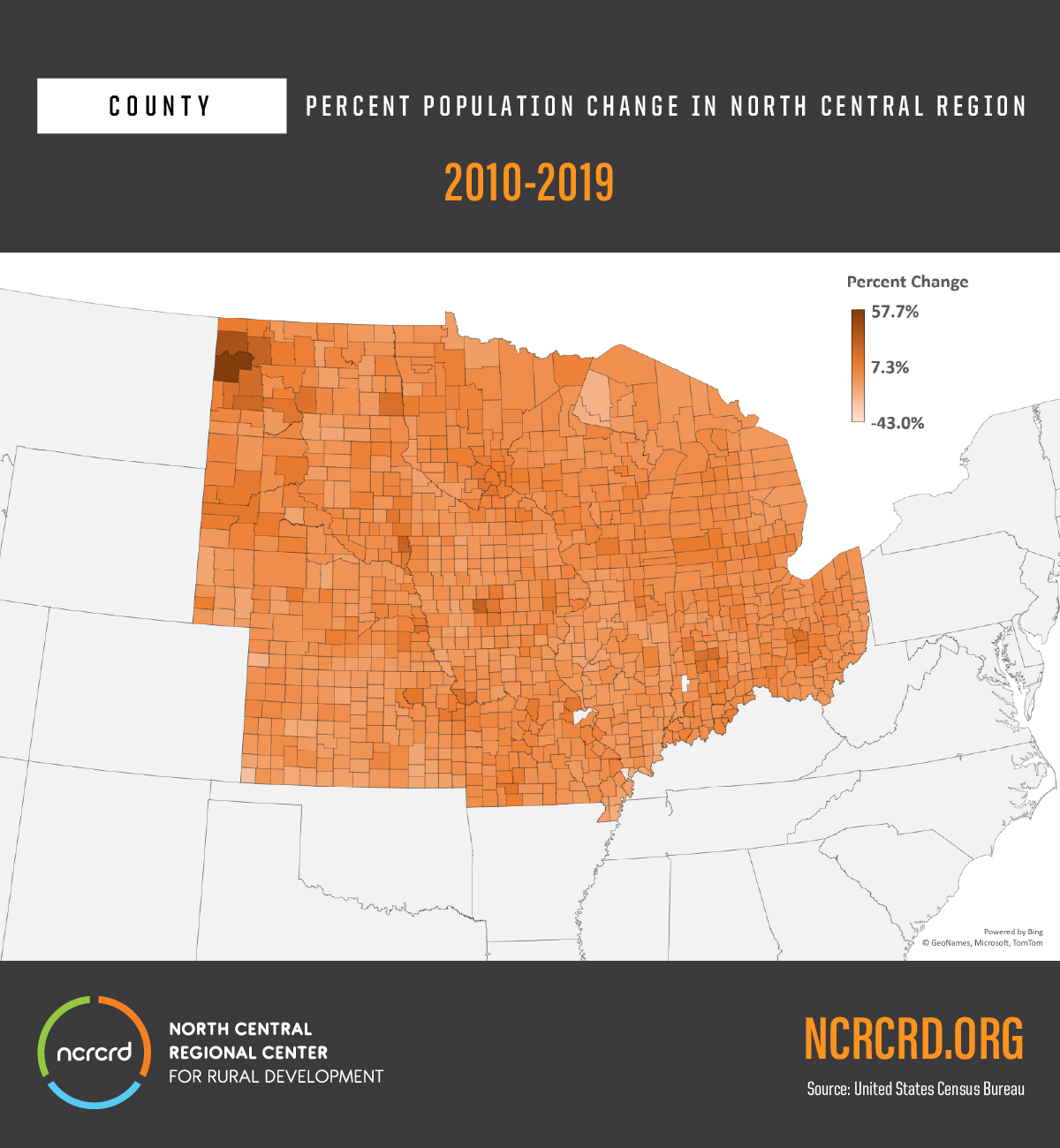 The oil boom in the early 2010s attracted thousands of workers to the western part of the state. Oil workers moved to the oil-rich counties from elsewhere, explaining net domestic migration in the state. But oil is not the only factor in population increase. North Dakota Studies says that the American Indian population is younger – with the median age of 31.3 years old – and significantly contributes to the natural population growth. Finally, almost 20% of the state’s population live in Cass County, and most of these people live in Fargo, the county’s seat. Other counties with major cities, such as Grand Forks, Burleigh, Ward, and Stark counties, also experience population increase.

Population Decline in Illinois between 2010 and 2019

Illinois Policy organization[4] tries to explain why Illinois suffers from the worst population decline since World War II. Illinois recorded six straight years of population loss (from an estimated 12,884,493 in 2014 to an estimated 12,671,821 in 2019), and the seventh year (2020) is expected to be even worse (Figure 3). The main driver of population loss is domestic outmigration. People have been leaving the state for other states to find better housing and employment opportunities and due to poor public policy in Illinois.

The NCRCRD webinar series is on summer break and will resume August 2022. Please visit our webinars page to view previous webinars.
See Upcoming Webinars
Our Regional Data Resources encompass resources at national, regional, and state levels.
View Resources
Sign up for the NCRCRD e-newsletter and to stay updated on events, webinars and happenings at the NCRCRD.
Sign up for email updates
×